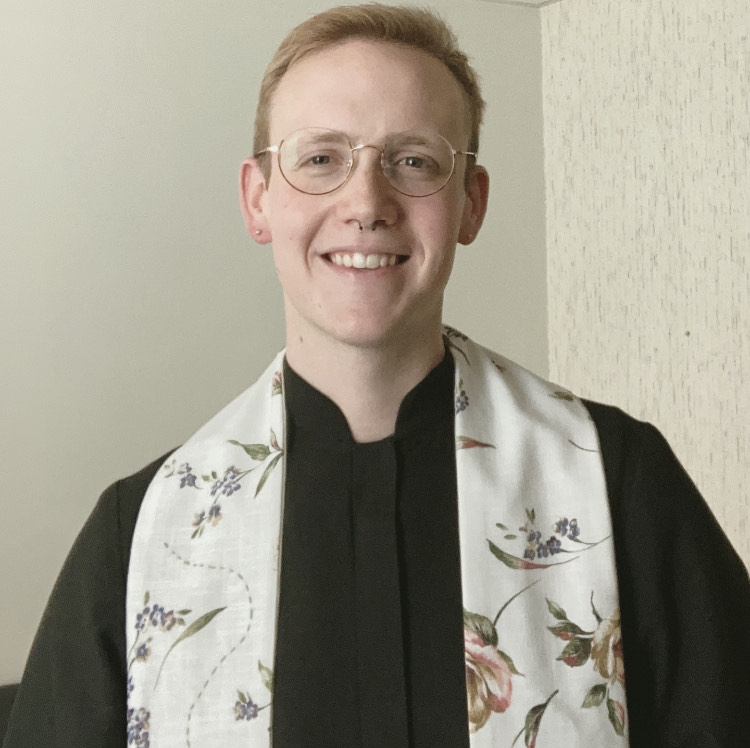 Reverend Stephen Underwood is a native of Cincinnati, Ohio and a graduate of Vanderbilt Divinity School, where he received a Master of Divinity with a concentration in Prophetic and Pastoral Congregational Leadership. Having been raised in a church that would not support his call to ministry as a gay person, Stephen came to the Christian Church (Disciples of Christ) as he was preparing to go to seminary and has found a home within that communion that affirms his calling to minister to God’s people just as God has made him.

Stephen believes that God has called the Church to participate in God’s renewal of the universe, and to truly be the Body of Christ on Earth, not relegating the Spirit’s work to the intangible realms or to some far-off future heaven. He is honored to be called into covenant with Central Christian Church, an inclusive community living out God’s radical love among the people of Great Falls, Montana.

Stephen comes to Great Falls after a lifetime of living in the eastern half of the country and is eager to explore this new landscape. In his free time, Stephen enjoys hiking, running, and climbing, video and tabletop games, fantasy fiction and superhero movies, baking bread, and playing with his cat, Merlin.

If you have questions about God, faith, or the life of Central Christian Church, or if you need prayer, pastoral care, or just to chat, Pastor Stephen typically works at the church office Monday through Wednesday from 9am to 5pm, and at Crooked Tree Coffee (501 First Avenue North) on Thursdays from 9am to 4pm. If you would like to meet with him outside of these times, feel free to reach out by emailing him directly at  pastor@gfccc.net  or leaving a message at (406) 453-4317. (Note: Pastor Stephen reserves Fridays as a day of rest, and is unable to schedule meetings on that day.)

By adding 3% to your donation you will help us in reducing our fees.